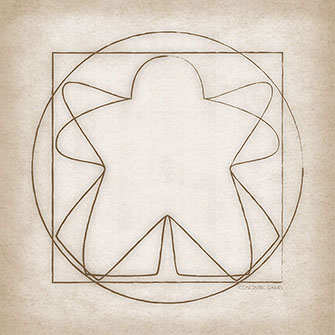 At ConCentric 2015 we ran our first Game Design session. This was a great opportunity for local game designers  to bring their prototype games to playtest with other like-minded gamers, and to get useful feedback for future iterations. Now it's a regular feature.

What is a Game Design Session about?

A game design session can go by many names: Protospiel, GameDev, UnPub, Game Jam… and so on. What it basically boils down to is a collaborative design and problem solving workshop with like-minded people. You will be able to get helpful, insightful feedback from other designers. It's about analysing problems with prototypes and helping other designers work out those kinks.

Your game designs should be well past the concept stage, and into the realm of playable prototype. It doesn't have to look like a finished game, although you might see some very polished prototypes on the tables. While this is a good way to tempt non-designers into playing your creations, remember that you're among friends here. Texta on index cards works just fine as long as it's clear enough to play the game. On the other hand, if your game is pretty much completed and your just looking to get some publicity for your upcoming Kickstarter project, then it would be best to leave it out of the playtesting event. We're happy to give you a shout out for your campaign, but our focus will be on unpublished and unfinished game designs.

Feel free to bring as many prototypes with you as you like. However, you should just select one as the flagship to test within the session due to time constraints. Of course, you can feel free to press gang some players into testing your games at other times throughout the convention. If there is enough interest, we can set up a dedicated table or two for games in development or looking for blind playtesting.

Don't have a game ready to test, yet? Not a problem – it's always good to have a few more playtesters on hand.

Show your love for game design and grab yourself a Vitruvian Meeple T-Shirt!

Eric Jome wrote a list of 10 Playtest Principles over on BoardGameGeek. It's well worth a read. Here are some more things to add to that list:

Are you on our mailing list? Head over to the online form and fill in your details – don't forget to flag that you're interested in Game Design. If you're already on the list, it'll pop up a link where you can manage your subscription preferences. Follow our social media channels (links in the footer) for more regular updates. If you're local to South Australia, you might want to sign up to our new Adelaide Tabletop Game Design Forum where we'll be discussing our current projects and meetups.