In addition to our own ConCentric Games convention there are several others around the country throughout the year. In the interest of promoting the hobby, we present you with a list.

Have we missed any? Let us know through the social media channels linked in the footer.

Cancon is held in Canberra at Exhibition Park over the Australia Day long weekend. It includes miniatures games, boardgames, collectable card games (Magic the Gathering, L5R etc), fantasy role playing tournaments and over 50 games retail stalls. One of the biggest events on the Australian gaming calendar. The image above is from the miniatures hall at Cancon.
Focus: All tabletop gaming, but an emphasis on miniatures/wargames and CCG tournaments.
Website: www.cgs.asn.au

GenghisCon is a speculative fiction and gaming convention usually held during January in Perth, Western Australia
Focus: Although it's primarily a SciFi con, there's a dedicated gaming stream.
Website: genghiscon.org

Ettin Con started in July 2015 in a cosy church hall in Katoomba as a place to meet new players, discover new games, and enjoy our hobbies by sharing them.
Focus: Tabletop gaming.
Website: ettincon.org

Note: March-April events mostly happen on the Easter long weekend, so we've listed them together here.

You might find this in March some years, since it's held over the Easter weekend. Swancon is the Western Australian Speculative Fiction Convention held in Perth.
Focus: Although it's primarily a SciFi con, there's a dedicated gaming stream.
Website: swancon.com.au

EYECON is a role-playing and gaming convention run by the Sydney Roleplaying Games Association. It runs each year on the Easter Long Weekend in Sydney.
Focus: Roleplaying.
Website: www.eye-con.info

NewCon Oz is a local Newcastle gaming convention where tabletop gamers and fans of tabletop gaming in general can come together in a friendly atmosphere for a weekend of games and related entertainment.
Focus: RPGs
Website: www.newconoz.com

BorderCon is held on the June Queen's Birthday long weekend at the Hume Inn in Albury. It has a focus on relaxed, social boardgaming with no organised tournaments to get in the way. A fantastic weekend of fun. This event, like ConCentric, sells out so get your tickets when you can.
Focus: Social boardgaming
Website: www.borderconalburywodonga.com

ShepparCon is an annual board gaming convention held in Shepparton and organised by a bunch passionate group of local board gamers.
Focus: Social boardgaming
Website: shepparcon.com

LFG (Looking For Gamers) is a two day event for tabletop aficionados of all ages and stripes. Held at the Bankstown Sports Club, LFG brings casual board gamers, role players, hardcore wargamers and everyone in between together for a weekend of fun, competition, shopping and discovery.
Focus: Tabletop games
Website: lfg-aus.com.au

Wintercon is held in Canberra at Exhibition Park (previously held on the June long weekend, but it was getting a bit crowded). It's a slightly smaller version of the January Cancon event.
Focus: All tabletop gaming, but an emphasis on miniatures/wargames and CCG tournaments.
Website: www.cgs.asn.au/wintercon/

Ettin Con started in July 2015 in a cosy church hall in Katoomba as a place to meet new players, discover new games, and enjoy our hobbies by sharing them.
Focus: Tabletop gaming.
Website: ettincon.org

Come and join us for a day of board gaming fun! You can bring your own games, or play ours. We'll even teach you how to play. Discover the new designer games which are sweeping Australia (and have been in Europe for years).
Focus: Social board and card games
Website: www.hogs.org.au

Phenomenon ("Pheno") is a gaming convention held at Daramalan College in Canberra over the June long weekend. It's been running for around 20 years! For a while they ran some miniatures games, but it's primarily roleplaying.
Focus: Roleplaying games
Website: www.pheno.org.au

SYDCON is a role-playing convention run by the Sydney Roleplaying Games Association. It runs each year in October in Sydney.
Focus: Roleplaying
Website: www.sydcon.info

MOAB, short for Mother Of All Battles, is a three day gaming event held each year over the October long weekend at the Sylvania Heights Community and Youth Club (NSW).
Focus: Miniatures/Historical
Website: www.southernbattlegamers.org/moabsite

A group dedicated to playing, learning and participating in tabletop games of all kinds.
Focus: Social boardgaming
Website: www.everygamersguild.com.au

The PAX series of shows - West, East, South, Australia and Unplugged - produced by ReedPOP in conjunction with Penny Arcade, comprise some of the world's largest gaming festivals, with each event entertaining tens of thousands of guests. PAX events connect leading video game and tabletop developers directly to passionate audiences, providing a space where gaming culture is celebrated through panels, demos, concerts, tournaments and free-play sessions.
Focus: Video games, with a growing awareness of tabletop board games and RPGs.
Website: aus.paxsite.com

ConVic was traditionally held on the same weekend now occupied by ConCentric, but has been moved to November in order to showcase the latest boardgame designs from Essen Spiel! Starting in 2013, the event has been combined with the inaugural MeepleCon (presented by the Northern Suburbs Eurogamers).
Focus: Family friendly boardgames
Website: con.meeples.org.au

These conventions appear to be no more. If you're involved in any of these events and are reviving them, please let us know!

Arcanacon is held at Collingwood College in Melbourne. Their goal is to promote new roleplaying games to existing gamers and to introduce newcomers to the hobby. You might also find some Ameritrash boardgames being played.
Focus: Roleplaying
Website: arcanacon.org

Panda Tabletop Games Convention aims to produce casual & friendly gaming events that are both inclusive & relaxed for anybody of any age.
Focus: Tabletop games
Website: www.pandacon.com.au

CONFORMAT is an informal role-playing and tabletop game convention hosted in Adelaide. There are no guest speakers or market stalls -- just a bunch of gamers rolling some dice and having fun.

Breaking News: CONFORMAT is now being hosted by ConCentric! More gaming goodness in the same location. 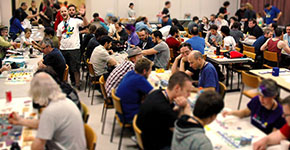 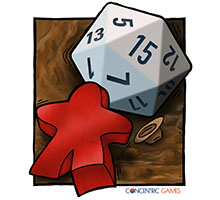 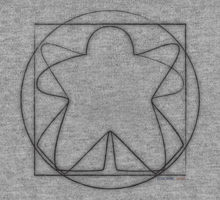