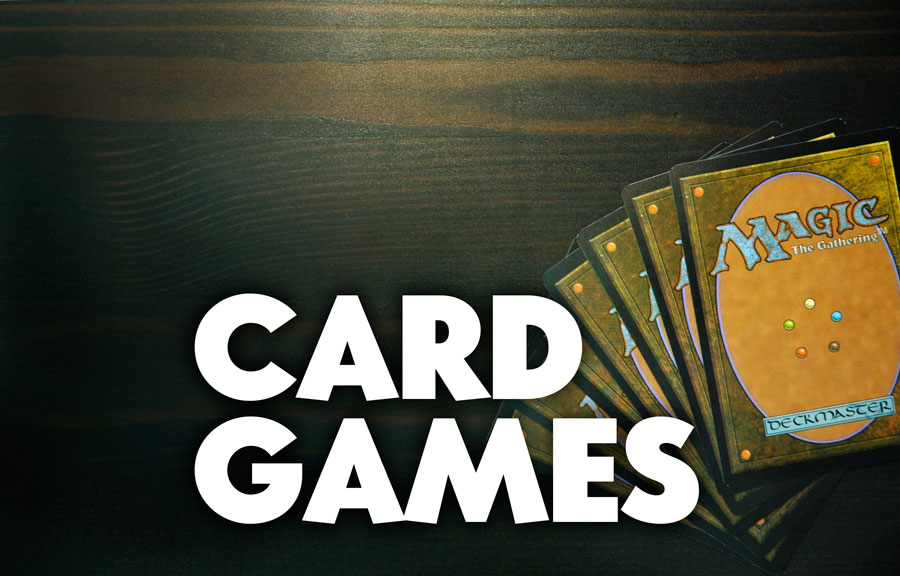 Card games have been around for over seven hundred years. However, if you asked a gamer from the last twenty of those, there's a good chance they thought of Magic: The Gathering.

Traditional card games usually revolve around all of the players sharing a single deck. In 1993 a new kind of game was published which changed people's view of that. Magic: The Gathering (MTG) was produced by Wizards of the Coast, and it kicked off a multi-million dollar industry. In Trading Card Games (TCGs – sometimes called Collectible/Customizable Card Games or CCGs) each player constructs their own deck of cards. These cards are usually bought in booster packs where the contents are unknown, and players would initially trade cards with each other to build a deck to their liking. This has led to a strong secondary market of single cards.

Magic: The Gathering is a highly thematic game of strategy. It is released in sets of cards, each with its own storyline and creatures. In the game, the players are taking on the role of Planeswalkers – mages who draw their power (Mana) from the land around them. They use this to summon creatures and cast spells to combat their opponent.

Although MTG is the strongest in the TCG market, it's not the only game. Others of note include Yu-Gi-Oh!, Pokémon, and Vanguard.

Stay tuned for our next update where we'll talk about deck building games, and the Living Card Games by Fantasy Flight!